Early this spring we invited pupils from Primary schools to take part in an upcycling challenge, to repurpose unwanted recyclable items.

The idea was to communicate the value in ‘repurposing’, which eliminates the need for recycling (removing the associated energy costs*).

“The standard of entries was particularly high for this challenge, with some truly original thinking that saw everyday household objects transformed into stunning new and purposeful objects.”

First prize was awarded to Arthur Bourke for his vertical garden. The judging panel, comprising Mr Tottman and Dunottar’s physics department, found this to be most fitting with the upcycle theme – to take wasted wood and turn it into a piece that is visually appealing and sustainable.

Runner-up prizes were awarded to Henry Stuart for his Upcycled Handbag made from used plastic bags, Lila Twohy for her Seeded Notepaper made from waste wrapping paper and Daniel Potts for his upcycled trivet made from discarded corks.

Headmaster Awards for creative thinking were also awarded to Owen Shaw for his hose reel bookshelf, Edward Stock for his bicycle wheel clock and Ted Halford for his flower-pot barbeque. 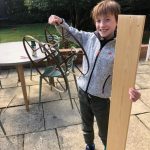 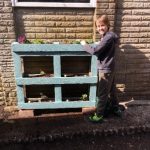 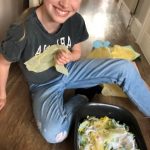 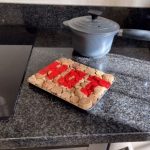 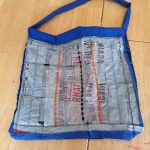 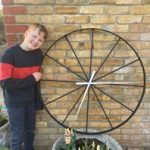 *Recycling is an excellent way to reduce landfill, but a recycled item is often worth less than its original and costs energy to process. If an item can be upcycled, it can be creatively improved and given a new purpose, eliminating the need for recycling.