Dunottar School is delighted to announce that it has signed an exciting partnership agreement with Dorking Wanderers Football Club.

As a result of the partnership, pupils were able to attend trials for Dorking Wanderers Youth Development teams. Six successful pupils will now be playing for the youth team this season in the U12, U14 and U15 age groups, whilst others have been offered places in the Dorking Futsal Fever Academy.

Dorking Wanderers Football Club was established in 1999, and in a short space of time has steadily climbed the non-league pyramid from park football to the National League South. The Youth Development teams are trained by UEFA qualified coaches who help players develop the technical, physical, social and psychological skills necessary to maximise their potential.

Matthew Everett, Head of Football at Dunottar School commented, “Dorking Wanderers FC is a successful, family club which has seen rapid growth in its short existence. The club is hugely ambitious and it is really exciting to be in partnership with such a forward–thinking, local football club.“

Dunottar School’s football teams will also have the opportunity to compete against the Youth Development Teams at the multi-million pound Meadowbank Stadium in Dorking town centre.

Richard King, Head of Youth Development at Dorking Wanderers FC added: “We are excited to be working with Dunottar School and developing their football provision. The aspirational ethos of the school fits well with our approach at Dorking Wanderers. Many thanks to all involved for bringing this initiative to fruition.” 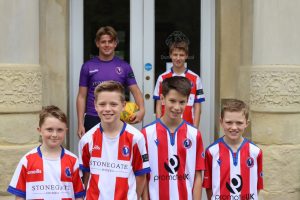