Pupils wear own Clothes in Memory of Dunottar Sports Scholar

On Friday 8th February, pupils and staff from Dunottar School ditched their uniforms and held a cake sale to raise cash in memory of a sports scholar who had been a pupil at the school and unexpectedly passed away. 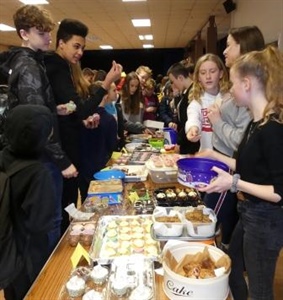 In total, pupils raised £634. This will be added to £1,570, which was raised last October half term by members of Dunottar School’s PE department tackling the National Three Peaks Challenge. This amount also includes cash raised from a lacrosse match between Claire’s old school friends.

PE teacher Elaine Pieters, who set up a fundraising page in memory of Clare and the charities, said: "It was great to see all the students engaging in this event whether they were baking cakes or eating them! We are getting excitingly close to our target of £2,500."

Fundraising is ongoing and, when Dunottar School’s target has been reached, Clare’s parents will match the amount.