On Sunday 11th November, six Year 7 and three Year 8 pupils from Dunottar School in Reigate successfully passed football trials for The Preparatory Schools’ Lions regional football team. This qualifies them to compete at the largest youth football tournament in the world. 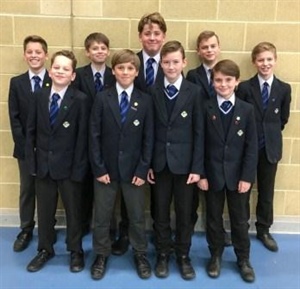 The nine Dunottar boys have been invited to join the most talented independent school footballers from Berkshire, Buckinghamshire, Hampshire, Oxfordshire and Surrey. Any boy from a preparatory or independent school under the age of thirteen can trial to be in the A team or development team of the Preparatory Schools' Lions.

One pupil, Henry, has been offered a place in the Under-13 A team, which plays fixtures against other regional teams and football academies such as Fulham FC. The remaining eight pupils were invited to join the development team, which goes to a training camp over Easter.

These pupils will then join the A team players to play at the Gothia Cup, the largest and most international youth football tournament in the world. Every year, more than 1700 teams from 80 nations take part.

Matt Everett, PE teacher at Dunottar School, said: “This is a fantastic achievement and something that all of the boys should be immensely proud of. There were over 250 people trialling on the day, and our students have managed to showcase their skills and ability in a high pressured situation to earn a place in their respective age group sides. This opportunity will be invaluable for them and one that they will remember for the rest of their lives."