Dunottar Teachers hit their Peak to raise Cash for Charities

During October half-term, five teachers from a school in Reigate climbed the three highest peaks in the UK to raise over £1,500 for charities. This challenge was in memory of a sports scholar who had been a pupil at the school and sadly passed away. 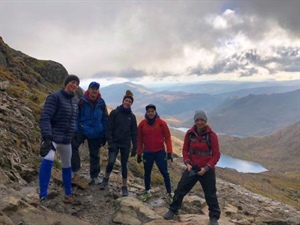 PE teacher Elaine Pieters, who set up the fundraising page, said: “Clare was an inspirational student and young lady who had a real love of life and people. We wanted to do something that was both challenging and active in her memory.

"Despite the challenge being tougher than expected due to the turbulent weather, we are glad to have completed it and grateful to everyone who has supported us so far.”