Dunottar School in Reigate has refurbished its swimming pool and changing rooms. Having been largely unchanged since the 1950s when it was built, this is the most recent of the school’s facilities to be upgraded. 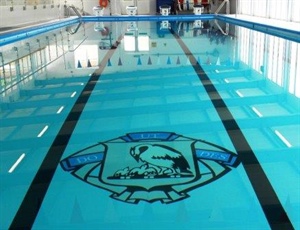 In the autumn term, Dunottar PTA funded the modernisation of the library. Last summer, the first of the science laboratories was redesigned and refurbished. Going forward, there are plans to develop and enhance buildings and facilities across the site.

Work on the 25-metre long pool, which is also used by pupils from local schools, took nine weeks and opened for use on 28th May.

Few pools in the area equal the depth of Dunottar’s pool, which holds 8,000 litres of water and took a week to fill. The pool is 3.2 metres at its deepest and 1.07 metres at its shallow end. Its unusual depth which makes it a perfect venue for SCUBA training, which will start on a regular basis from September 2016.

Head teacher Rowena Cole commented: “Having a pool on site is a brilliant facility for any school. It has been fantastic to reopen our significantly improved pool to the benefit of both our pupils and the many younger members of the Reigate community who use it for swimming lessons on a weekly basis.”