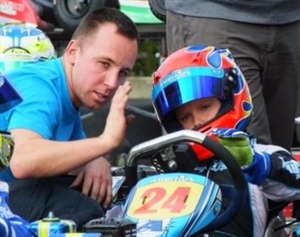 Against a field of 22 drivers, Alfie drove a strong race, challenging for the lead on the last lap and eventually bringing his kart home third at just 0.182 seconds behind the winner.

Proud father Peter commented: “This was Alfie’s strongest ever showing at the famous circuit, owned by the late Henry Surtees’ father, F1 World Champion John, and provides further confidence that he will be competitive in the 2016 Super One national championship.”

The Super One championship will see Alfie, who has been racing since he was seven, compete in seven rounds, stretching from the west of Scotland to Kent and from North Wales to Lincolnshire.

Alfie returns to action in November’s final round at Bayford Meadows, Sittingbourne, where he is looking to finish 2015 on a high by consolidating second in the championship.