An IT assistant from a school in Reigate has won a regional competition, making him eligible for the UK final. If he wins the final, he will represent the country at the global final in Abu Dhabi in 2017. 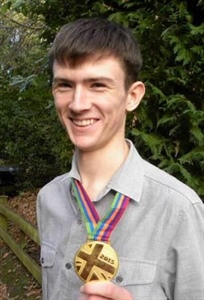 The Network Systems Administrator competition is part of The WorldSkills Competition, which is held every two years.  It is the biggest vocational education and skills excellence event in the world.  Competitors under the age of 23 years must demonstrate technical abilities through specific tasks for which they are studying or performing at work.

Matt’s talent was spotted by his college lecturer after completing the second year of a three-year degree course in Computing and Systems Development.  He was so impressed with Matt’s Microsoft networking skills that he encouraged him to enter the WorldSkills competition.

Matt said: “I enjoyed the competition.  It was 4-hours long and I had to set up a network system with user accounts, profile areas, shared areas, encryption and security of the network.”

Matt’s results will now be measured against those of the other eleven regional finalists and the top eight will compete against each other in the British finals in Birmingham this November.

Dominic Norrish, Group Director of Technology at United Learning, said: “Matt’s achievement in this competition is a fantastic example of the ‘best in everyone’ ethos at United Learning.  Members of staff like Matt set the tone at great schools like Dunottar–a tone of aspiration, dedication and commitment to excellence. What better role model for our pupils?”