A school in Reigate has had a runaway success with new records. 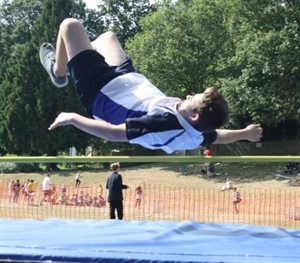 Following its coeducational transition last September, Dunottar School has held a sports day with its first ever boys’ events.

As a result, no hurdle has been too high and all winning boys set new records for future boys to beat.

He said: “It was great to see the boys and how proud they were to be setting records which future successes will be measured against.”

Head teacher Mrs Cole commented: “There were some excellent performances by the girls and boys, and it was great to see everyone having fun.  This sort of occasion might seem quite commonplace at other schools, but it gives us all a sense of pride that the Dunottar community is not only alive and kicking, but going from strength to strength.”