This year, a group of highly acclaimed musicians is celebrating its 25th anniversary with a special concert on Saturday June 27th at Reigate Park Church. 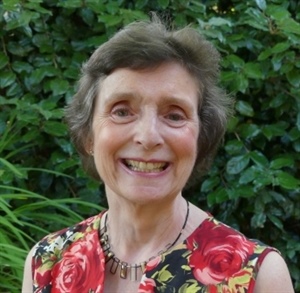 Dunottar Chamber Ensemble, which brings together top musicians from schools in Redhill and Reigate, will be treating its audience to Elgar’s Enigma Variations, the first performance of a concert piece for xylophone and orchestra by Patsy Gritton, Winter from Vivaldi’s Four Seasons, and the Hebrides Overture by Mendelssohn.

The calibre of the Chamber Ensemble’s performance is so high that critically-acclaimed concert pianist Kevin Kenner has praised their achievements.

Commenting on two concerts that he attended, the award-winning international performer said: “On both occasions, I have been profoundly impressed not only by the high level of performance, but by the entire concept that underlies and directs this ensemble.

“This is an orchestra consisting not only of the musically gifted pupils of Dunottar School, but the very best of the area’s young musical talent, all joining together to present highly demanding programmes on a level that could hardly be achieved by the students of one school alone.

“This joint effort,” he added, “permits young musicians to encounter and intimately experience masterpieces, which would otherwise never even be attempted in a school environment and encourages the members of the ensemble to achieve their very best.”

Dunottar Chamber Ensemble was established in 1990 by Loraine Nagioff when she was invited to give cello lessons at Dunottar School.   Eminently qualified for the role, Miss Nagioff trained at the Royal College of Music and the National Centre for Orchestral Studies.  She studied the cello with Margaret Cundy at school and Olga Hegedus, the co-principal cellist of the English Chamber Orchestra.

As a freelance cellist, Miss Nagioff has performed before packed theatres at the London Festival Ballet, the Handel Opera Society and the Northern Ballet Theatre.  She has also led the cello section in concerts at the Queen Elizabeth Hall.

Believing that students would relish the opportunity to perform at concerts, she established a tiny string ensemble with six pupils playing the violin.

Five years later, the Chamber Ensemble was so popular that Miss Nagioff invited instrumentalists from other schools to perform concertos and meet like-minded musicians.  Setting high standards for the calibre of the performers, the string players still need to be grade 5 and the winds and brass players grades 5-6.

Miss Nagioff commented: “Our proudest moments in the Ensemble have been taking the students on four European concert tours, and being invited by the Redstone Rotary Club to accompany one of the world’s leading cellists, Raphael Wallfisch, in a performance of a Vivaldi concerto in December 1995 at the Harlequin Theatre.

“The Ensemble has won so many Outstanding Certificates at the Reigate and Redhill Music Festival over so many years.  This year, the cello section from the Ensemble won the Chairman’s Cup for the Best Ensemble of the entire evening for the third year in a row.

“The Ensemble has also played at department stores and Tower’s Watson business lunches.  The String Quartet has played at several functions, including weddings, balls and birthday parties.

“Over 25 years, it’s been such a pleasure to work with so many students who have loved playing famous classical pieces.”

Kevin Kenner said: “It was with profound respect that I witnessed the orchestra’s director, Loraine Nagioff, conduct these concerts.  She is not only responsible for the audacious programming, but she obviously dedicates herself wholeheartedly to her ensemble throughout the year in order to perform these programmes so inspiredly and confidently.

“It is precisely this sort of musical endeavour that is vital to the promotion of classical music in Surrey today and assures a healthier cultural life for the region in the generation to come.”

Dunottar Chamber Ensemble will be performing at Reigate Park Church (RH2 8BD) at 7pm on June 27th.  Tickets are available at the door.